9
min read
There are multiple parts to the Chickamauga and Chattanooga National Military Park. The two major locations are Chickamauga Battlefield in Georgia and Lookout Mountain Battlefield in Tennessee. Each played an important role in the history of the Civil War.
GPS:
Category:
Southeast

Our family makes it a point to mix history and culture into our itinerary whenever we can (Vermont, South Dakota).  As you can imagine, Georgia and Tennessee are rich with United States history. A visit to the Chickamauga & Chattanooga National Military Park gave a fuller understanding of the Civil War and the struggle of the Union forces to gain control of the strategically important city of Chattanooga, Tennessee.

If you are blessed with a day of near perfect weather, you could easily be distracted from the hallowed grounds that you are about to explore. The Chickamauga and Chattanooga National Military Park battlefield in Georgia is the site of one of the hardest fought and bloodiest battles of the Civil War. The Battle of Chickamauga was fought on September 18 –20, 1863, between Union and Confederate forces in the American Civil War. Union and Confederate losses over the course of the 3-day battle amounted to nearly 35,000 men – hallowed ground indeed.

Our first stop was at the Chickamauga Battlefield Visitor Center to watch the informative film "The Campaign for Chattanooga: Death Knell of the Confederacy. " It gave an excellent overview of the battle before our tour of the military park. The movie followed Union and Confederate soldiers through the use of historical records and letters with the actual filming taking place on authentic battlefields.

We picked up the battlefield driving map and then used the cell phone for the seven-mile auto tour to follow eight key points of interest. Minimum time needed: 1.5 hours, but longer if hiking areas at the stops.

Monuments mark Union positions along Battleline Road. The acorn symbolizes the 14th Army Corps firm stand, “like an oak tree,” during the battle on Snodgrass Hill.

Through a confusion in communication, Union General Rosecrans sent troops to unknowingly fill a nonexistent gap, which, ironically, created a real gap in the Union line. Confederate troops then broke through and split the Union Army. The topographic intelligence gained from Tom Brotherton, the long-time owner of the cabin, gave the Confederate troops a distinct advantage.

If you get a chance, climb the 85-foot towering Wilder Brigade Monument for a bird's eye view of the surrounding area.

At the last stop on this tour, the Union troops under General Thomas, aka "The Rock of Chickamauga," made a heroic stand against repeated Confederate assaults until ordered to retreat under the cover of the night to Chattanooga.

Check at the Chickamauga and Chattanooga National Military Park Visitor Center for the schedule of ranger-guided tours and programs offered during the summer months. We took part in a Living History Program held at the Brotherton Cabin. Guides in period costumes taught about the life and times of the people who lived during the Civil War. 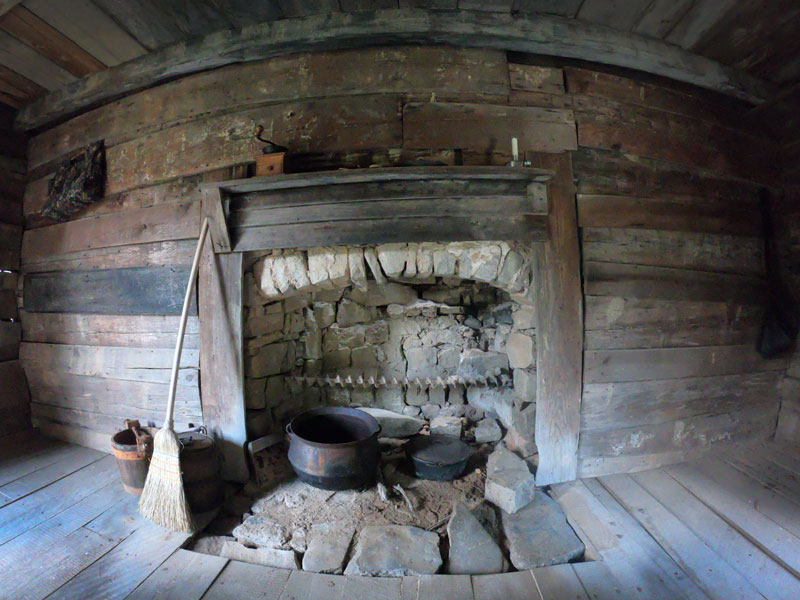 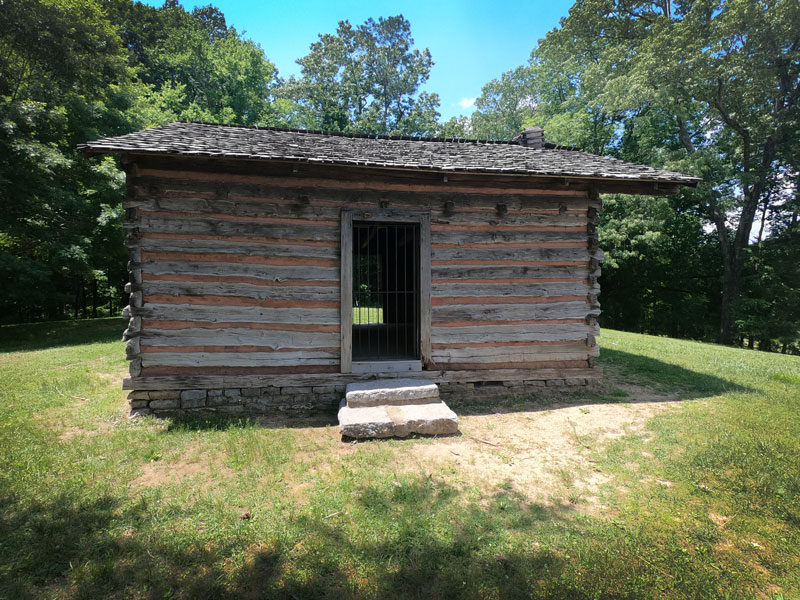 After the victory at Chickamauga, the Confederate Army pursued the Union Army to Chattanooga, encircled the city from an elevated position, and laid siege hoping to starve the Union forces into surrender. However, within a few months, Union reinforcements had opened a reliable supply line, gained a foothold in the valley, and ultimately defeated the Confederates. With the Chattanooga victory, the Union now commanded the railroads and cut off  supply lines to the South thus crippling the Confederacy.

About thirty minutes driving distance from the Chickamauga Battlefield, we visited the Lookout Mountain Battlefield Visitor Center outside the Point Park Gate. My daughter finished her Junior Ranger booklet and happily received her hard-earned badge. We then viewed the Civil War exhibits on the Campaign for Chattanooga.

View the impressive large scale mural (13 feet by 30 feet), The Battle of Lookout Mountain, by James Walker. Union General Joseph Hooker (seen on the white horse) commissioned it for $20,000 to commemorate his victory in The Battle Above the Clouds.

In 1904 the Army Corps of Engineers built the turreted castle gates of Point Park which also happened to be a replica of their insignia. Using our 4th Grade National Park Pass, we entered free of charge to explore the 10-acre memorial park.

Donated by the state of New York, the 85-ft New York Peace Monument is the largest memorial on the Chickamauga and Chattanooga National Military Park grounds and can be seen for miles. This monument symbolizes the reconciliation between the North and South right down to the combination of Massachusetts pink granite and Tennessee marble. It is topped with a bronze statue of a Confederate and Union soldier clasping hands and standing next to the American Flag.

Head to the north end of the park for unobstructed views of Moccasin Bend and the fine city of Chattanooga. While there, stop at the Ochs Memorial Observatory, a small museum featuring exhibits on Civil War history and local history of Moccasin Bend.

Interested in nearby camping, hiking, and attractions? Be sure to read about them here: